Beaufort, North Carolina is a fun little town full of history and that laid back coastal living attitude I love. Historically, they are known for being a frequent visited by Blackbeard the pirate, something they are very proud of now. Recently archaeologists have discovered what they believe to be his ship, the Queen Anne’s Revenge, just off the North Carolina coast.

After camp had wrapped up for the summer, I took a week or so just to enjoy the area I had spent the summer, but had so little time to actually explore. One day was spent learning about some history in the town of Beaufort. The day started with a ride around town in a classic, red, double-decker bus (shipped over from London no less). Friendly and well informed docents from the Beaufort Historical Association tell the stories behind every beautiful old house and business and street corner as we weaved our way through town.The layout of the town was very fascinating, even down to the design of the houses to protect against storms from the sea, but also maximize the coastal winds for natural air-conditioning. Unfortunately (or not unfortunately), I got far too engaged and failed to take one single picture.

There are a handful of old buildings that have been moved to an area together near the waterfront and set up as museums. Here one can easily meander through the old jail, apothecary, and some homes to get a taste of what life would have been like in old time Beaufort.  A couple blocks from there is one of three North Carolina Maritime Museum’s. Here at the Beaufort location I got to see a collection of artifacts that divers have found from Blackbeard’s ship, the Queen Anne’s Revenge.

The next day, I carved out a couple hours to come back and explore the one thing I felt I had missed, the cemetery. Nestled behind one of the oldest churches in the area and filled with the graves of many of the old Beaufort locals from years before that I had learned about the day. I meandered, snapped some pictures, and enjoyed the welcome shade from the afternoon sun.

The grave of a little girl who died at sea. Her father, the captain of a merchant ship, took her on a voyage across the sea. During the journey she got sick and died, but her father, who had promised his wife to bring their daughter back home, kept her body in an empty rum keg which she was then buried upon their return.

The grave is constantly covered in knick knacks and small toys brought by the school children when they visit on field trips. 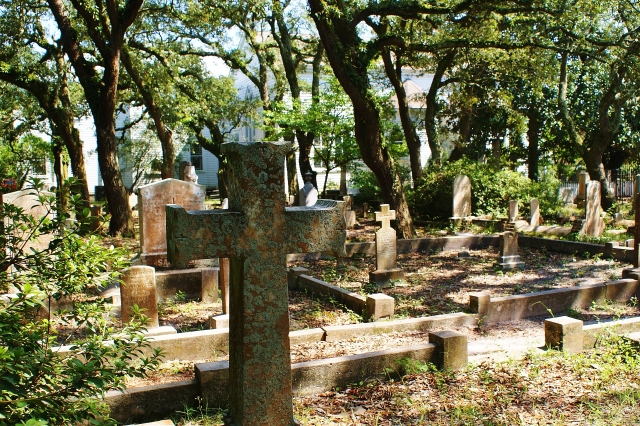 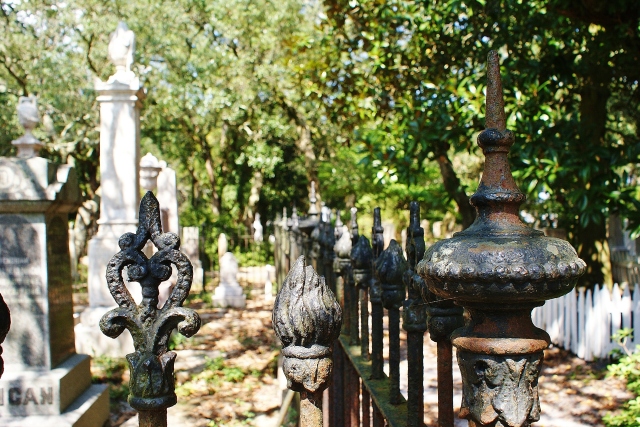 Not a sponsored post, all photos and opinions are my own.

A twenty-something from Texas who wants to see the world. From the smallest, one horse town to the biggest metropolis. Distantly Present is where I endeavor to share the adventure and put the story into words. View more posts