What are you looking for?

What We're Talking About:

Some of Your Favorite Posts:

The last day of my cross country road trip started in Asheville, N.C. The previous day had been filled with beauty and architecture and history while wandering around  The Biltmore Estate. So after a quick hotel breakfast, a stop at Double D’s Coffee shop for an Almond Joy Latte (arguably the best coffee I’ve had and easily my favorite location) and yet another stop for fuel, we set out on the final stretch of road. 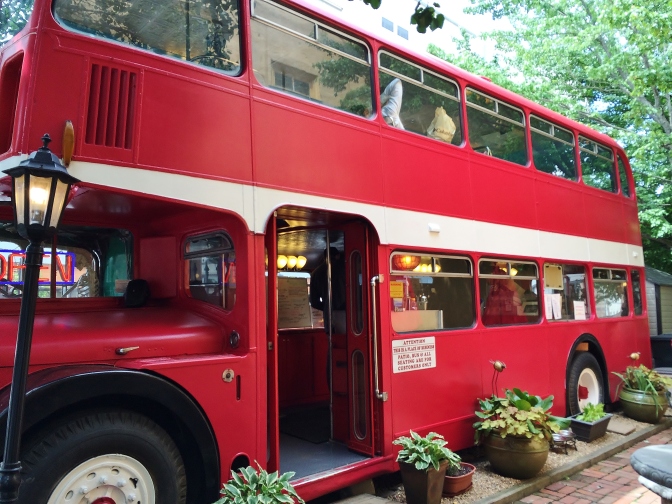 Unbeknownst to my travel buddy, I had long before decided that no matter what time of day we arrived or what other plans had been made, the very first stop upon arrival would be the beach. It had been 8 months since I last saw the Atlantic Ocean (or any ocean) and I was aching to be there again.

When one has been long at sea, the smell of land reaches far out to greet one. And the same is true when one has been long inland. I believe I smelled the sea rocks and the kelp and the excitement of churning sea water, the sharpness of iodine and the under odor of washed and ground calcareous shells. Such a far-off and remembered odor comes subtly so that one does not consciously smell it, but rather an electric excitement is released -a kind of boisterous joy. I found myself plunging over  the roads of Washington , as dedicated to the sea as any migrating lemming.

–John Steinbeck in Travels with Charley

While Steinbeck is referring to the West Coast, it perfectly sums up what I was feeling while driving East across North Carolina. After a week on the road, I was eager to plunge my toes into warm sand, to have my hair blown through with salt air and to hear the consistent coming and going of the ocean waves. 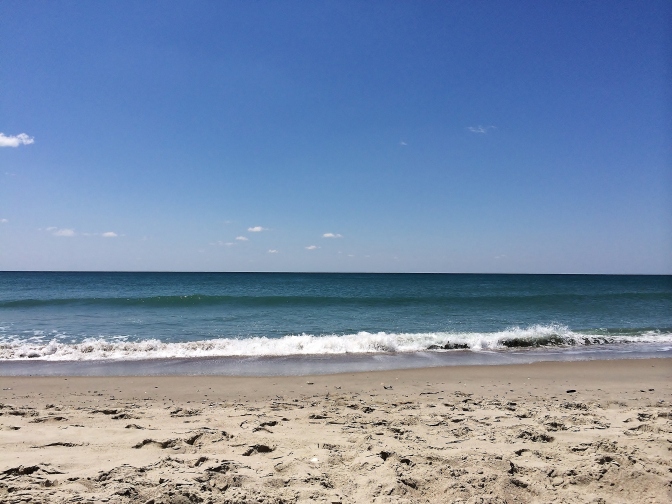 Arriving just before sunset, we drove over the bridge and out to the island, parked the car, and ran across the boardwalk. That first glimpse of ocean did not disappoint. I stood barefoot in the sand, as waves danced inches from my toes. It was perfect. Then at the same moment the first glorious bit of ocean rushed over my feet, I looked up to see dolphins jumping above the surf. Everything was coming together. A sort of peaceful excitement settled inside me as I knew, without a doubt, this is exactly where I am supposed to be.

A twenty-something from Texas who wants to see the world. From the smallest, one horse town to the biggest metropolis. Distantly Present is where I endeavor to share the adventure and put the story into words. View all posts by distantlypresent